This is the seventeenth edition of This Indian Week. After a nearly one year break, I’m glad to get this thing up and running again. It’s good to be back. Here are two stories from the last few weeks.

Since colonial times, Darjeeling has had a high concentration of ethnic Nepali-speakers, the Gorkhas. After the British got Darjeeling as a gift from the Kingdom of Sikkim, they established tea plantations there to compensate for how much harder it was getting to produce and export tea from China. A lot of immigrants from Nepal were brought in as cheap labour — entire families moved to work at the plantations. Due to many reasons, such as being bonded by debt, Gorkhas continued to live in Darjeeling well into independence and beyond, and are now the majority community there. 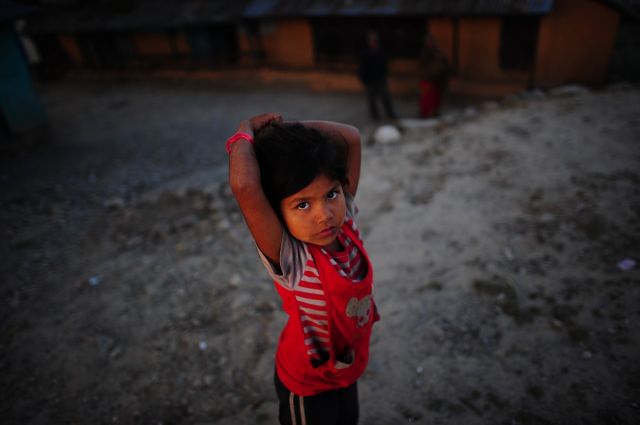 The Bengali and Marwari communities, which are smaller, have long had more economic power in Darjeeling. As a result of this, calls for a separate state, Gorkhaland, have been building for pretty much all of last century. As far back as 1907, a feeling of exclusion and discrimination hung over the Gorkhas and led to demands of a separate administrative unit. Between 1968 and 1988, clashes escalated and led to over 2,000 deaths. After this, the Indian government set up the Darjeeling Gorkha Hill Council, a semi-autonomous body that was able to stop the violence while placating Gorkha demands for greater autonomy.

In 2011, a pro-Gorkhaland political party allied with the Trinamool Congress for the state assembly elections. After the TMC won, the Gorkha Hill Council was replaced by a slightly more powerful body, the Gorkha Territorial Administration. Neither body was able to live up to the social and economic demands of the Gorkhas. Tensions continued to flare, as they have been for the last few decades.

Last month, the West Bengal government headed by Mamata Banerjee declared the Bengali language a mandatory subject for schools in the state. This set off clashes and protests in Darjeeling, as Gorkhas fought what they described as linguistic imposition by a foreign culture (sound familiar?). Several have died in the clashes so far.

Political considerations make Gorkhaland a challenging prospect. As pointed out in the Scroll.in article linked below, no central government would want to spurn the West Bengal government by creating a Gorkhaland. The resulting support from Gorkhas is just too small to justify the creation of a new state — after all, Darjeeling is electorally insignificant in both the national and state level, as are the Gorkhas. The revenue West Bengal gets from Darjeeling’s tourism and tea plantations tether the district tightly to the state, and demanding separation from West Bengal is a mammoth demand on the Gorkhas’ part.

To read more on the history of the demand for a Gorkhaland, read the stories below.

The Indian Express: Darjeeling unrest: Here is the history of the Gorkhas and a lazy hamlet called Dorjeling
The New York Times: The Battles for Gorkhaland
Scroll.in: Why Gorkhaland is still a hot issue in Darjeeling when azadi from West Bengal is a non-starter
The Wire: In Illustrations: The Story of Gorkhaland
Firstpost: Looked down upon by Bengalis, Gorkhas feel alienated in their own land

The Economic & Political Weekly is India’s foremost academic journal of economics and politics (as the name indeed suggests). Over its decades-long history, the journal has been highly influential in policy-making circles. As historian Ramachandra Guha once said, “its influence far exceeds its circulation”. EPW is easily the most prestigious social science journal in India.

The last year has been a turbulent one for EPW. The journal is owned and funded by the Sameeksha Trust, whose members are a group of eminent academics, historians and social scientists. Last year, EPW’s editor Rammanohar Reddy announced that he was resigning after a decade of holding the position. Some reports attributed his departure to disagreements with the Sameeksha Trust.

There was a huge magnifying glass on who would succeed Reddy, especially due to the unclear circumstances under which he left. Many academicians signed on to letters addressed to the Sameeksha Trust, expressing concern about Reddy leaving. A group of readers asked the trust to make sure that he would have a role in choosing his successor.

This month, EPW published two web exclusive articles on ‘windfalls’ that the Adani Group had received under the Modi government. The Group sent the Sameeksha Trust and EPW a legal notice alleging criminal defamation, threatening litigation if the pieces were not taken down. Thakurta hired a lawyer and sent a response to the Adani Group’s notice.

The Sameeksha Trust was angered that it was not notified or asked for consent on Thakurta hiring the lawyer to respond to Adani’s legal notice. They then banned him from using his own byline while publishing stories, and told him that a co-editor would be appointed to work with him. They also ordered the articles to be taken down from the EPW website. Thakurta resigned soon after. (The Wire, who republished the articles when they were still up on EPW’s site, have not taken them down, and have stated that they will remain on the site.)

For some perspective on how unusual it is for EPW to have two editors resign in 2 years: Krishna Raj, the man who established and built up the EPW to what it is today, was editor for 40 years. Rammanohar Reddy, his successor, was editor for 10 years. As the Trust looks for another editor, it faces the task of making a choice that asserts EPW’s independence, as Thakurta’s appointment did.

The Wire: Adani Group ‘SLAPP’ Pushes EPW Editor Out of His Job
Scroll.in: Trust that runs EPW accuses former editor Paranjoy Guha Thakurta of ‘grave impropriety’
EPW (syndicated to The Wire): Modi Government’s Rs 500 Crore Bonanza to the Adani Group
The Wire: The Crisis of Governance in Economic & Political Weekly Must Be Quickly Resolved
The Caravan: The Gentle Colossus: Krishna Raj and the Economic and Political Weekly

I’m looking for writers! If you’re at SCMC, and are interested in contributing to this newsletter, please write to me at aroon.kaliyur@scmc.edu.in. For feedback, or suggestions on what I should cover next week, respond to this email, or write to me at hi@aroon.in.